HALLEMSMARKA
- situated in a landscape of towering burial mounds

The number of ancient relics and the size of the burial mounds signify that there were lots of power and wealth in the area, and several chiefs/powerful people. Researchers assume that only people with a certain position and status were buried in large burial mounds. The higher the status, the greater the mound or richer grave goods.

In 1870, part of the burial mounds were excavated where they found some very interesting grave goods. Textile remnants in the herringbone pattern were found which show the weaving technique and dress standards of that time period. A buckle with a coating of gold, artifacts and weapons like knives, spear portions, shield bosses and shield handles were also found. A glass beaker from Ukraine was found in one of the graves. At that time, glass had a high status (200-400 AD) and it meant a lot to be buried with the glass. Archaeologist Karl Rygh conducted excavations.

Green Travel
The Hallemsmarka has obtained certification for their environmental efforts by: 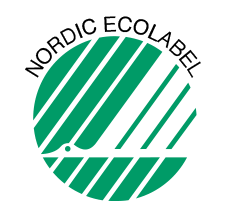