These time-lapse videos bring the magic of Norway to life

To the naked eye, nature moves slowly. Time-lapse photographer Morten Rustad is breathing life into what would otherwise seem static.

“I love nature, and to me this is the best way to capture it.”

One quick look at Morten Rustad’s videos of Norwegian nature, and it’s clear something unique is happening. Waves of clouds caressing mountaintops and tiny people scuttling about like ants in the face of huge panoramic views.

Rustad is part of a small movement in photography specializing in the technique known as time-lapse.

“It is a genre that is unlike anything else in the film business. In a way, it is a fusion between photography and video. You assemble a lot of still photos in one video, and the results look like moving stills. This allows you to see changes in nature that are not visible to the naked eye. You breathe life into something that would otherwise appear very static.”

Rustad made his first time-lapse video a few years ago – a number of shots detailing the area surrounding the University of Essex where he studied economics.

“Looking back, it’s not my best work, but it did go viral on campus. I decided to make a time-Lapse video of Norway, which I spent my entire summer vacation on.”

He drove around the country for two months, then spent a month editing all the footage. The result, "Norway – A Time-Lapse Adventure”, became hugely popular. On his YouTube and Vimeo channels, it currently has over five million views. The success even landed him steady work for a production company, meaning he is one of very few people who have time-lapse photography as a full-time job.

Thus, he gets to spend a lot of time outdoors. This year, he directed a remarkable film commissioned by Norwegian broadcaster NRK named “The Forest – A Time-Lapse Journey Through the Forgotten Norway”. The idea was born from Rustad’s feelings about the Norwegian forests as an underappreciated part of Norwegian nature.

“I was trying to show how I feel walking through the woods, some of the mysticism that is inherent in them. The whole film is shot in Oslo. You have apartment blocks within walking distance, but cross the forest line, and in one minute you’ll be in the ancient woodlands.”

Rustad often sleeps outside several nights in a row, tenting even in constant downpour. He’ll be up at three in the morning if that can yield a good shot, and he has taught himself to read nature’s little telltale signs closely to help in the planning of the photoshoots.

“You need to know when and where the sun will go down, and you need know how to read the sky in order to predict how a sunset is going to turn out.”

His job is equal parts experience, patience and automation. Rustad will decide on a location, place his camera on a motorized system to achieve some motion in the image, set his camera to shoot on intervals, and sit down to read a book as he waits for between one and five hours.

“When I have brought people along, it has been a tad laborious. I have my own working methods that can be hard on other people. I’ll work for two whole days in a row, sleep for two hours, work another day and then sleep for one whole day.” 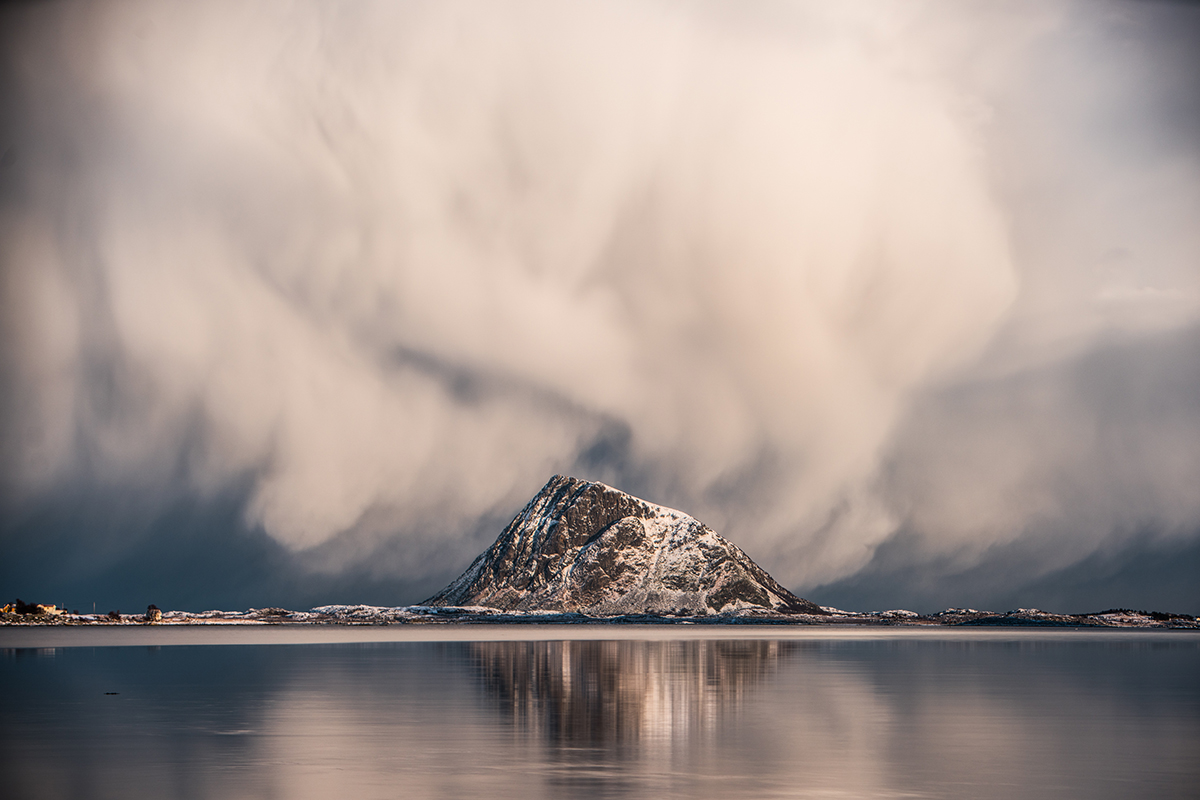 These days, Rustad is working on a sequel to “Norway – A Time-Lapse Adventure”, to be released in January. Once again, he’s been exploring Norway looking for new locations.

“The most interesting thing I’ve learned during all my travels is how much unseen nature there is out there,” he says.

Rustad’s tastes skews to the side of the undiscovered and underappreciated. Rather than go for popular travel destinations like the Lofoten Islands and Fjord Norway, he is a proponent of what he sees as the hidden gems of Norway.

“The Varanger Peninsula might be the place that surprised me the most. The nature there is so different from anything else. Geological formations in the mountains, rocks that just look completely wild. A somewhat surrealistic lunar landscape, cold and rough but amazing all the same.”

Recently, he made a trek through Femundsmarka.

“Not your typical time-lapse location, it’s more forests there, but they do have some great lakes and clear starlit skies.”

Another destination he really appreciates is Senja.

“This is the classic, perfect time-lapse location, due to it being relatively undiscovered and full of steep mountains. It’s gained in popularity over the last few years, but it’s still a lot wilder than the Lofoten Islands.”

1. A lot of cameras have a built-in time-lapse mode. Choose your intervals depending on the speed of what you are shooting. For instance, a good interval for clouds could be five seconds, while twenty seconds is a good choice for starlit skies. When you’re ready, just press start and hope for the best.

2. Be patient and be willing to stay up past everyone else’s bedtime.

3. Don’t focus your time and energies on equipment. Spend your money and efforts on going to a cool location instead.

5. Find your own way and be innovative instead of picking the same locations you’ve seen other people do. I’ve seen time-lapse videos that copy me, the exact same spot with the exact same camera motion and composition. It looks cool, but you learn nothing from it.