Travel in time through the lens of Bergen’s first photographer

In 1852, Marcus Selmer became Bergen’s first permanent photographer. Today, his images offer a unique eye contact with the past.

Let’s rewind the clock for a tick or two. Back to before you had Instagram. Before you were handing in disposable cameras for development. Before most people owned cameras at all. 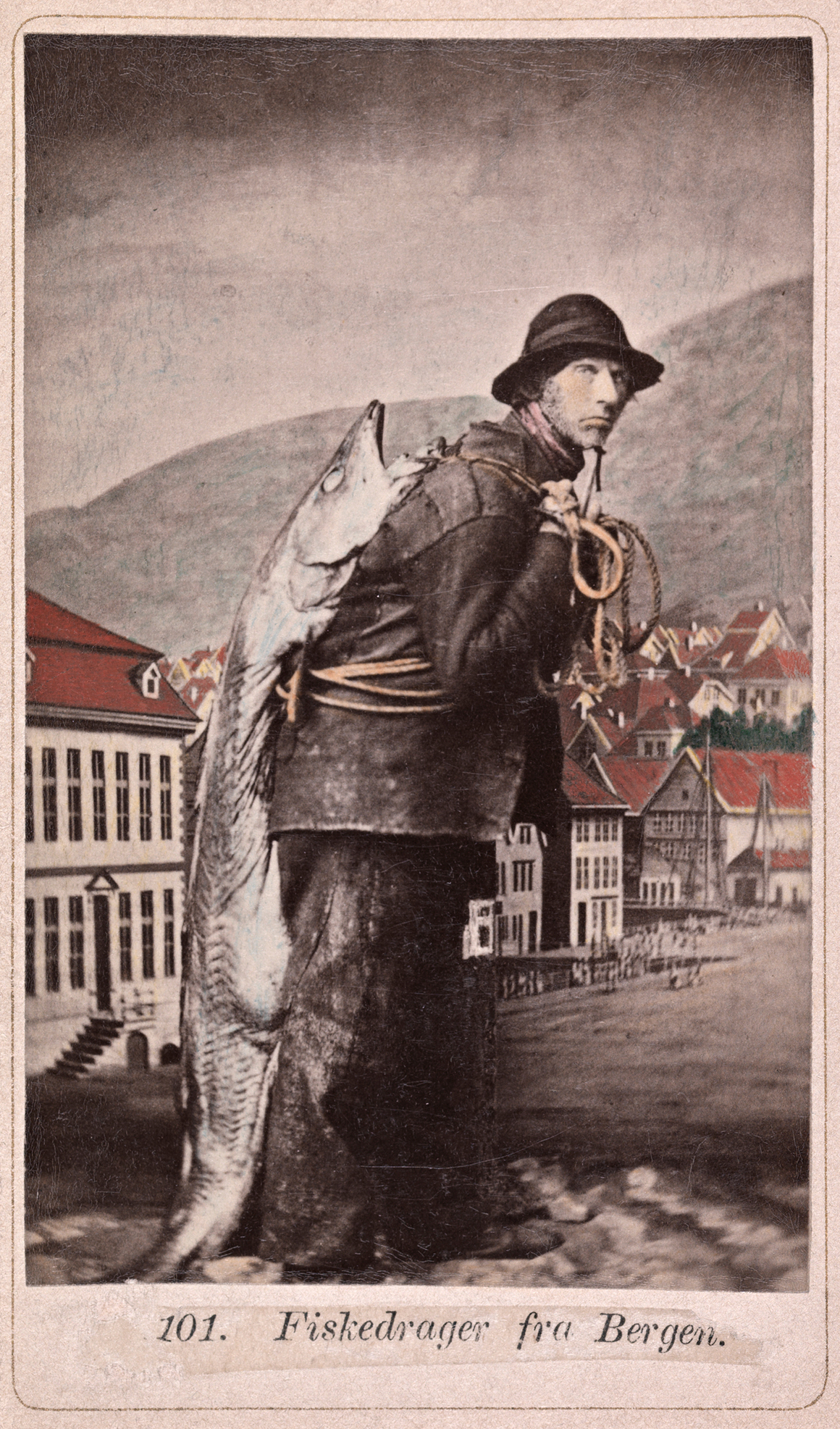 A fishdragger from Bergen, photographed sometime between 1860 and 1870

The year was 1852 and the month June when a Danish gentleman by the name of Marcus Selmer arrived in Bergen. He had come to Norway to visit family, but what was by all accounts meant to be a short visit soon turned constant, culminating in Selmer becoming the city’s first permanent photographer.

Soon, he’d set up his own studio, which according to Public Domain Review was built almost entirely out of glass – allowing enough light in so that Selmer could take pictures all year round. 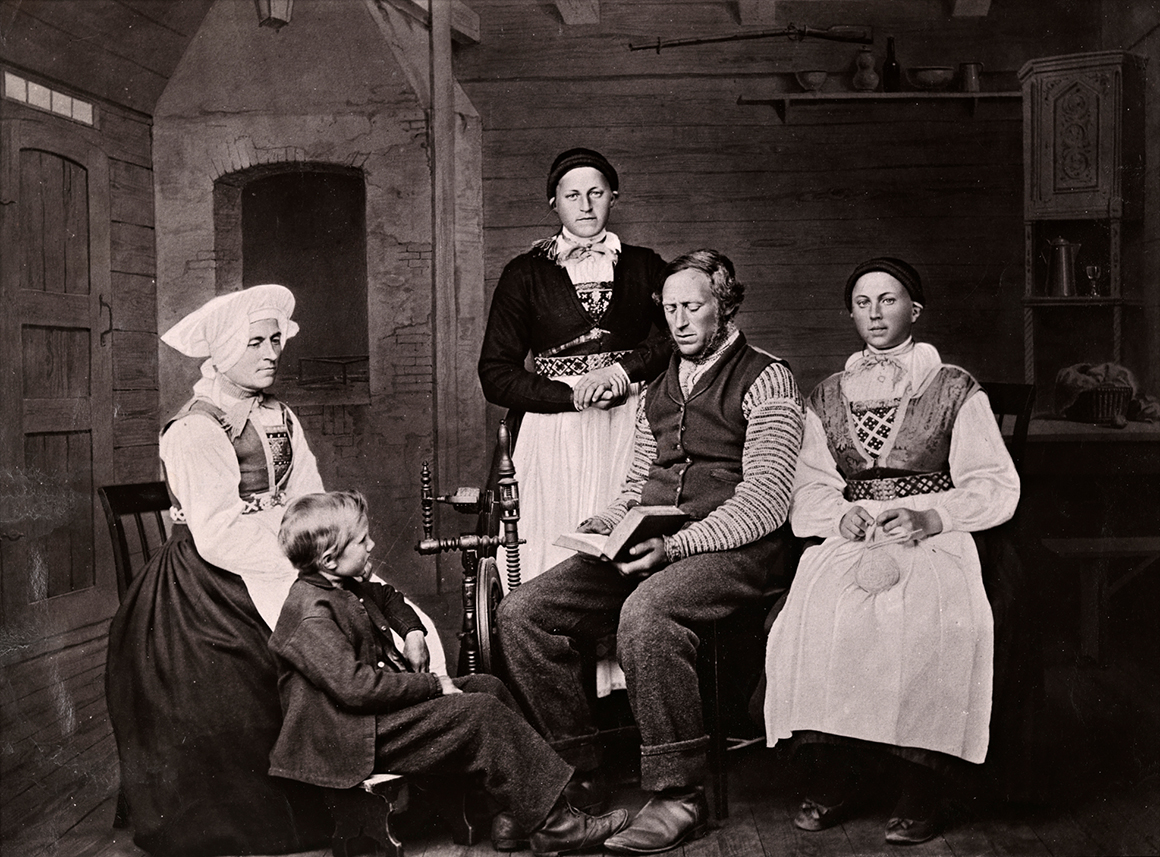 A family of farmers from Bergen’s surrounding areas, photographed sometime between 1860 and 1870
Note the painted background

Even though a lot of Selmer’s work was in the field of landscape photography, it is his images of people from all around Norway that are best remembered today.

In particular, he took a keen interest in Norwegian folk costumes, travelling extensively to document them. 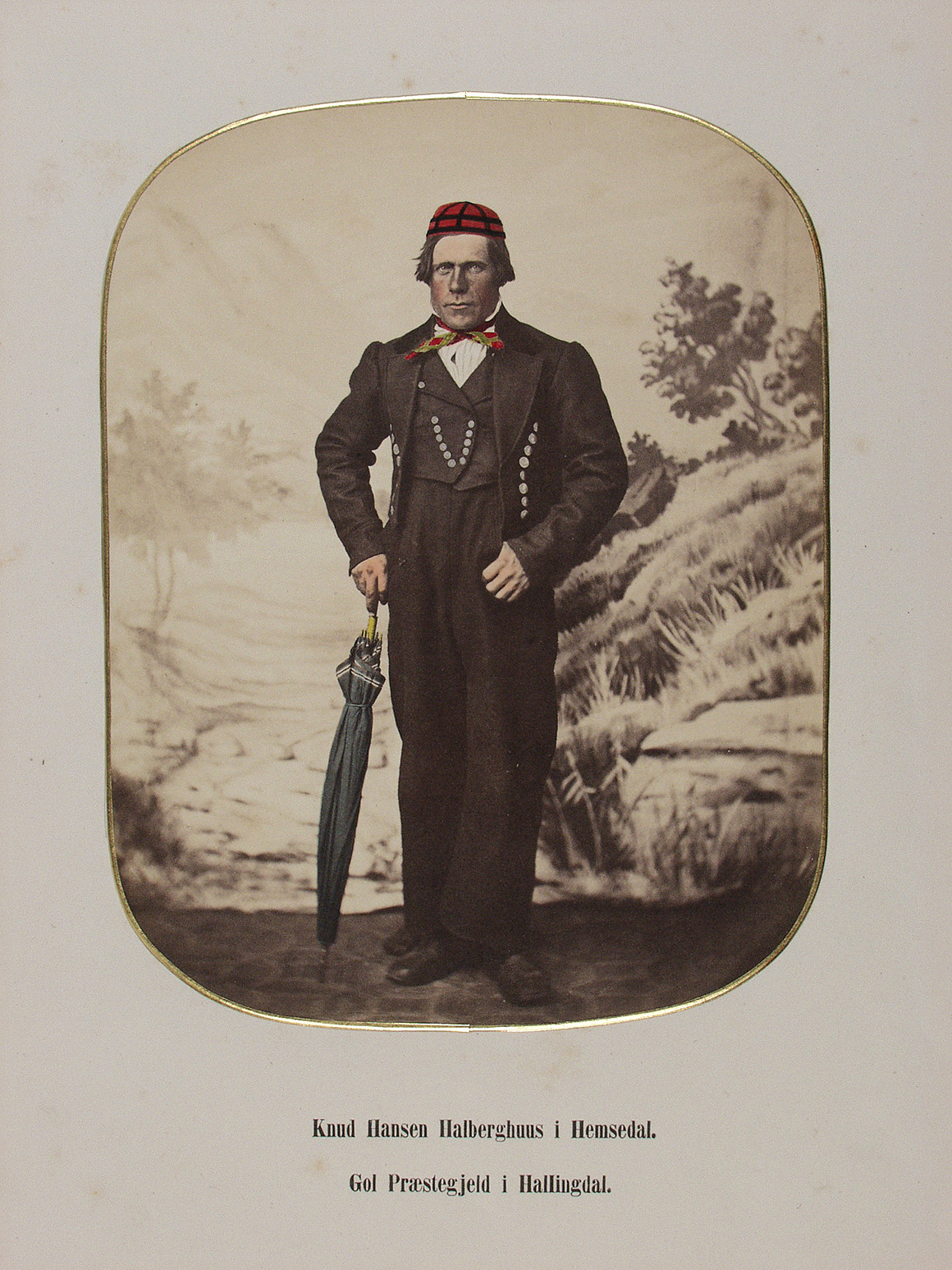 Portrait of a Hemsedal man, taken sometime between 1857 and 1870

According to Norsk biografisk leksikon (the Norwegian biographical encyclopedia), Selmer had an extroverted personality, quickly gaining a position as one of Bergen’s more prominent and well-off citizens. In the year 1880, he was also appointed royal court photographer. 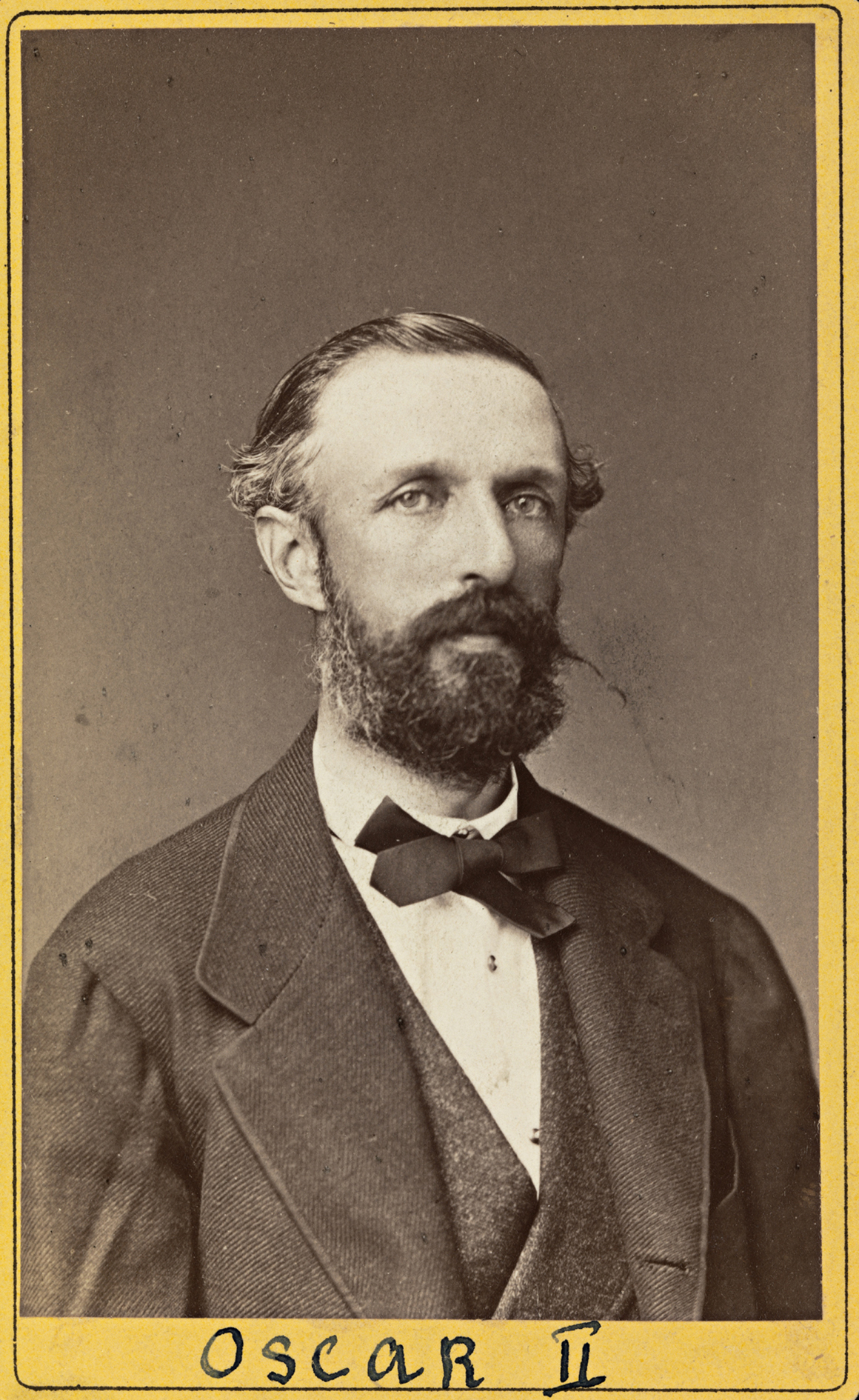 Looking at his photographs today is a somewhat surreal experience, all hand coloured details and serious faces staring us right in the eye over the chasm of more than a century and a half. 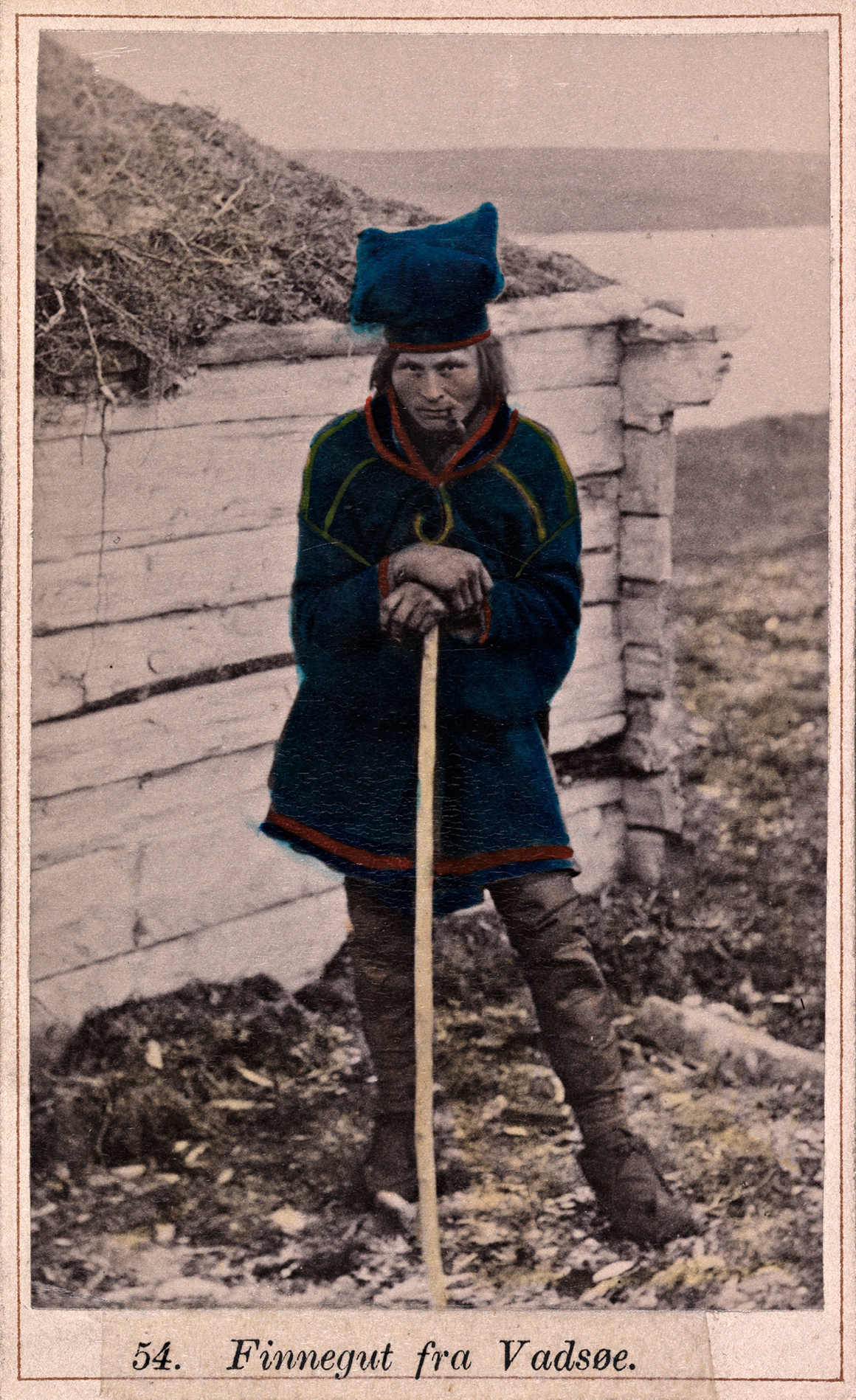 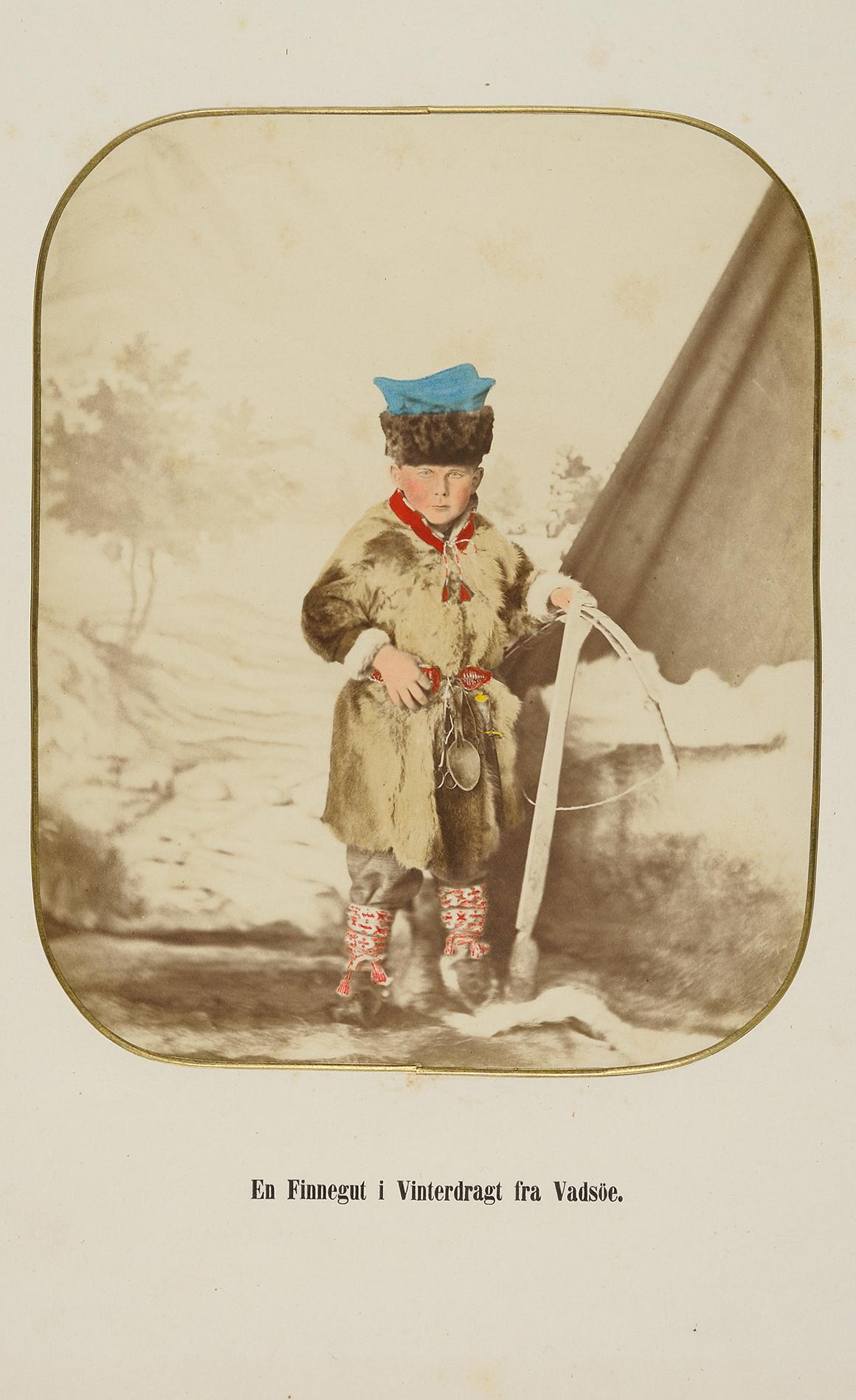 As he set the camera exposure in motion for a portrait, he would utter what is now an immortal phrase amongst Norwegian photographers, signalling for his subject(s) to be still:

“Look out! I’m uncovering the hole!”

Selmer’s first works were in the early technique known as daguerrotype photography, producing images on copper plates covered in a light sensitive mix of silver and iodine. Exposure time was quite long – between 10 and 60 seconds, according to Sussex PhotoHistory. Still, this presented a clear improvement over the eight hours that had been required for earlier techniques. 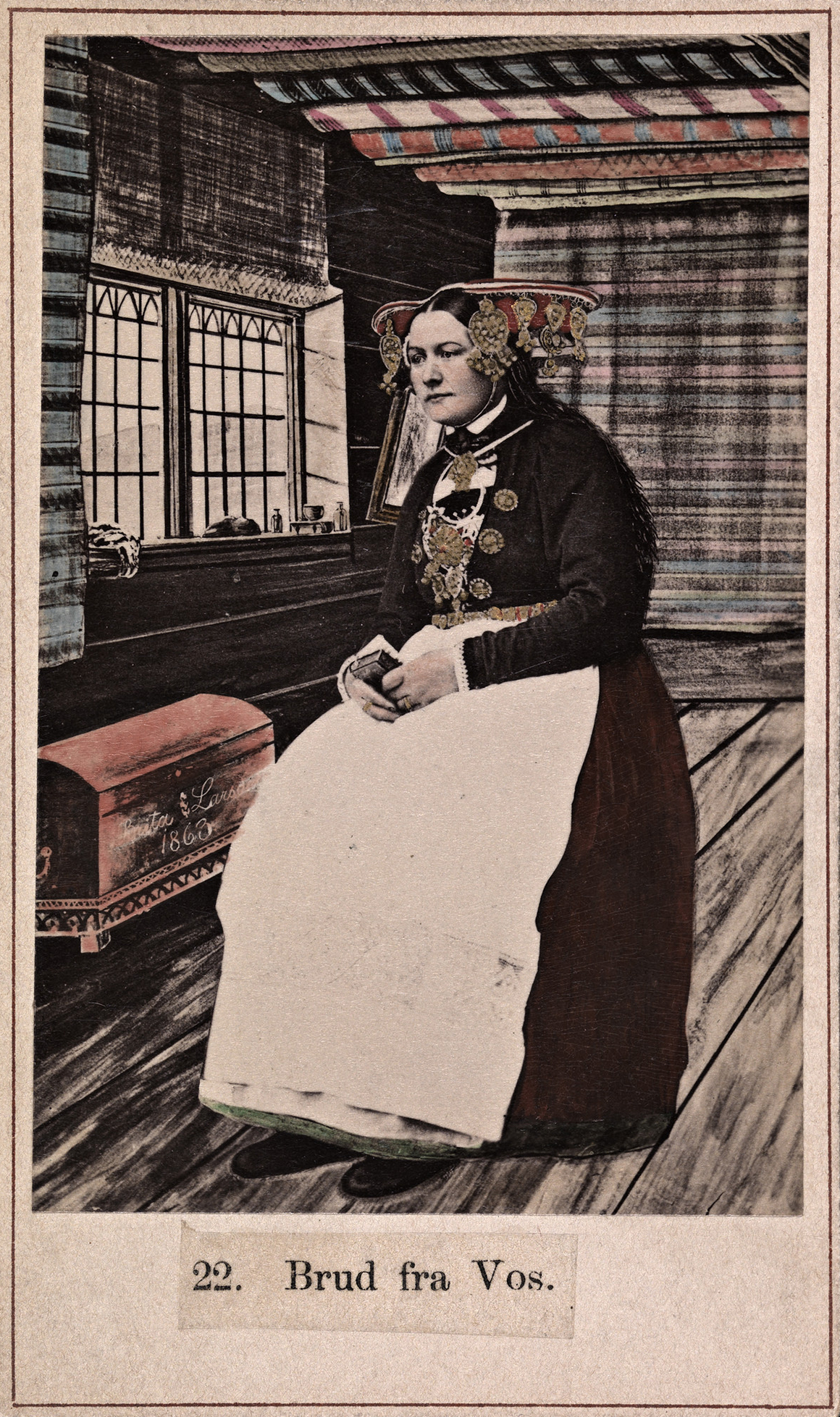 A bride from Voss, photographed sometime between 1860 and 1870

Throughout the 1850s, Selmer transitioned to wet plate photography, a cheaper format that finally enabled him to create copies of his pictures, printing them in books that were sold in Christiania (now known as Oslo), Trondheim and Copenhagen. Even though many of Selmer’s negatives were lost following his death in 1900, a lot of his images do live on.

“In light of the high quality and great distribution of these images, they undoubtedly came to colour our view of the Norwegian nature and the people of Norway.”