Short hike with historical interest and magnificent nature in the Matre Mountains. Suitable for everyone.

In the winter of 1944/45, the resistance group Bjørn West established a base in the Matre Mountains. The base was to operate behind the German lines in the event of an Allied invasion, and also became a refuge for Norwegian youths who were in danger of being mobilized in battle on the German side.

How to get there
The hike starts at Stordalen Fjellstove, approximately 1,5 hour drive from Bergen (follow E39 north from Bergen, after 1 hour you are in Matre where you turn right on Fv381, and continue driving for 20 min. into the mountains.). The hike will have extra “value” if you start with a visit to the Bjørn West Museum where you can learn more about the dramatic final days of World War II in Norway.

Parking
There are good parking facilities at Stordalen Fjellstove. You can also buy food at the Fjellstove when it’s open. From Stordalen Fjellstove the hike is approximately 2.5 kilometers long, and you pass several different significant stops along the way. The hike has some slightly steep sections, but is also suitable for families. On this hike you get to experience magnificent nature in Stølsheimen at the same time as you get a historical experience. The hike is in varied terrain so good footwear is important.

The hike
Not far from the lodge you will find the hiding place of Torgeir Stordal. In the days after 28 April 1945, German forces attacked Stordalen from several directions. Torgeir, who was 76 years old, did not have the strength to flee over the mountain and was hidden just behind the lodge. He was unfortunately found by the Germans and shot, and thus became one of the last victims in Norway for the war.

Further on you will find the memorial for Henning Wernøe. Henning was part of a liaison team from Bjørn West, and was unfortunately killed on 28 April by a German patrol.

The hike continues to Husefjellet where you will get a great view of Stordalen.

On the way back towards the lodge you will find the memorial site for Arne Lampe. You are then only a few hundred meters from the place where the Bjørn West soldiers on 3 May 1945 ended up in a crossfire between 400 German soldiers. Arne Lampe lost his life that day in what was the very last act of battle in Norway during World War II.

Check out more hikes in the Bergen region

Duration
2 hours
Green Travel
The Mountain hike outside of Bergen in the footsteps of the resistance group Bjørn West has obtained certification for their environmental efforts by: 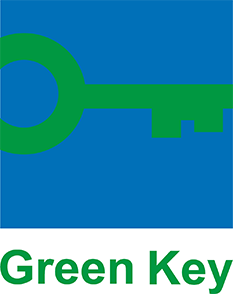 Visit Mountain hike outside of ...
Explore What's Nearby
Your Recently Viewed Pages
expandcloseall